What are the concerns about WiFi in our children's schools?

Feelings of anxiety, tiredness, headaches, poor concentration… these are just a few of the symptoms researchers believe exposure to WiFi radiation can cause in our children.  But they advise it is the chronic long term exposure that needs to be considered.

Welcome to HOC the WiFi!

HOC the Wifi has been created to provide a combined voice for parents to raise concerns with their children’s schools use of WiFi (Radio Frequency Electromagnetic Radiation) connections in schools.

The usual response parents receive from the school, is the school use of Wifi and Radio Frequency Electromagnetic Radiation (RF EMFs) meet Australian Radiation Protection and Nuclear Safety Agency (ARPANSA) Standard, set in 2002.  This follows the International Commission on Non-Ionizing Radiation Protection (ICNIRP) Guidelines, which were set in 1998.  These standards set in 1998 and 2002, have been superseded by current scientific research that RF EMFs inducing Biological Effects (changes in the human body) impact on development and health.

Due to this scientific research many other countries have rejected the ICNIRP standard and have reduced exposure limits to 1% (100mw/m2) or less. In addition, some countries are issuing warnings to reduce children’s exposure, and removing WiFi from schools.  However, Australia still follows the international exposure limit (3 500- 10 000mW/m2).  Up to 40% of the worlds population have lower exposure limits than Australia’s.

In 2008 the Australian Government announced the Digital Revolution. A commitment to provide laptops to all public high school students from years 9-12 and deploy high speed broadband to all Australian schools. However, in 2011 the World Health Organisation International Agency for Research for Cancer (WHO IARC)  classified RF EMF as possibly carcinogenic.  This has left Australian schools heavily invested in the chosen wireless connections and at odds with continued scientific research.

Take action and register your concern 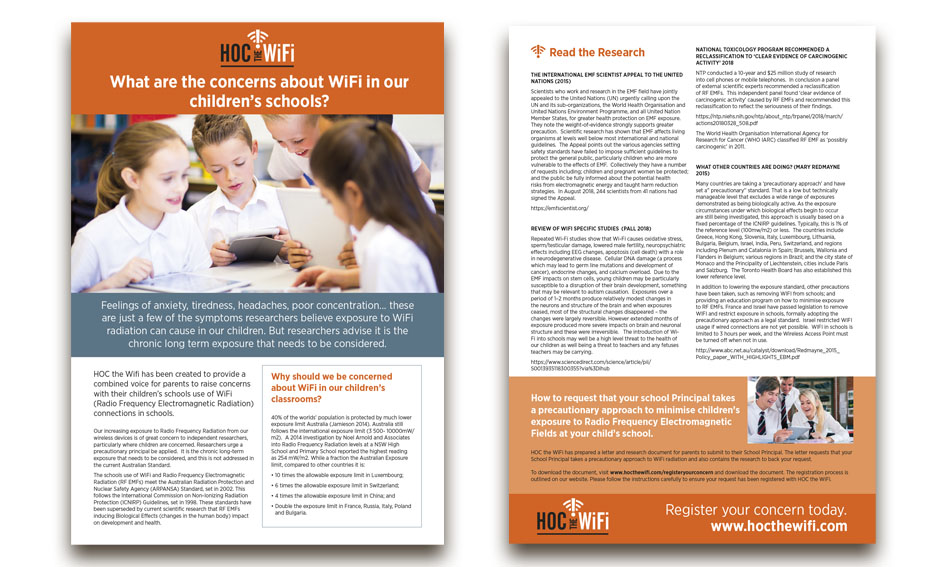 This informative A4 size information flyer has been designed as a handout to help inform people of the risks of WiFi radiation.

ARPANSA DISCLAIMER: What does this mean for schools risk assessment?

WiFi In Schools: Is your child reacting to wireless technologies?

From the "Healthy Home Expert" - Nicole Bijlsma latest newsletter:  So how do you know if your child is reacting to wireless technologies? headaches, nausea, ‘abdominal migraines’sleep disturbancesearaches, dizzinessbrain fog: irritability, poor memory, poor... 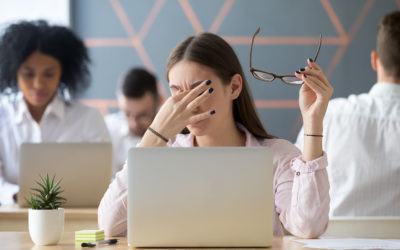 WiFi in Schools: Why the concern?

The biological effects of WiFi are not publicised on main stream media. However, there is an overwhelming amount of scientific research support of Radio Frequency Electromagnetic Fields (RF EMFs) causing biological effects (changes in the body), these effects have...